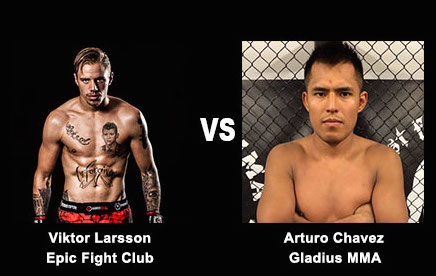 The Zone Fight Night takes place at the nightclub Trädgårn in Gothenburg Sweden on the 16th of October. Unfortunately Dexter Dyall Wallin is injured but Arturo Chavez replaces, read more!

Dyall Wallin from Gladius MMA and Shooters MMA Fight Team is injured and won’t be able to fight on the 16th but Arturo Chavez, also from Gladius MMA, steps in and will face Viktor Larsson from Epic Fight Club.

Chavez, originally from Mexico, now fighting out of Gothenburg Sweden has 3 wins and 1 loss in his professional record.