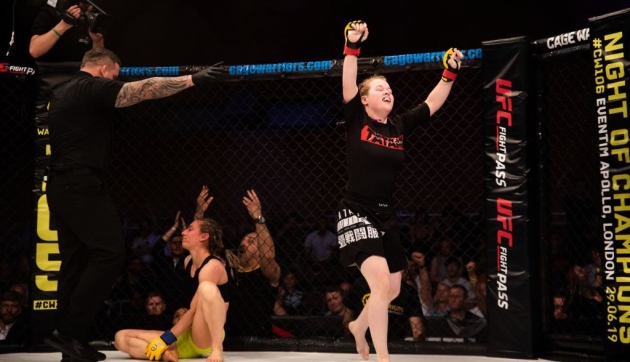 Friday the 31st of May was a big night for the BKK fighters team. They had seven competitors at Cage Warriors 105 in Colchester, Essex.

Cory McKenna beat Giulia Chinello by TKO in the first round