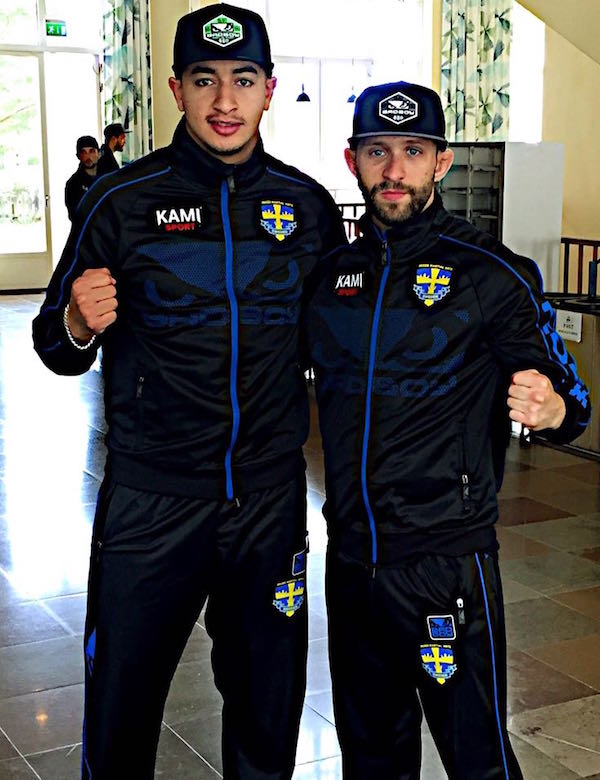 Last year Vidovic’s adventure in the world championship finished early. He got a kick to the groin in the first round in the first fight. The judge did not acknowledge the kick and Vidovic got no time to recover. He went for a takedown and his opponent manage to get the back and finish Vidovic by rear-naked choke.

Vidovic won a bronze medal at the European Championship in Birmingham UK November same year and today he is back in Las Vegas to reach further in the World Championship tournament than last time. Vidivic enters the tournament today.

Pic: Coach Heytham to the left, and Renato to the right.