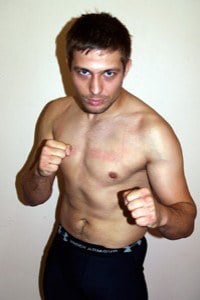 Penta Gym participated at the Hungarian Fight Championship 9 which took place in Győr on the 9th of May. Ondrej Skalnik from Penta Gym won no less than two fights in the same evening.

Ondrej Skalnik (pic.) won two fights in the -61 kg tournament. Skalnik won both fights by judges decision, the semifinal against Tarnai József and the final against Dawid Gralka.

Penta Gym also had two losses by submission during the evening. Barbora Polakova lost her fight against Fábián Melinda by armbar and Jaroslav Jartim lost against Borics Ádám by triangle.