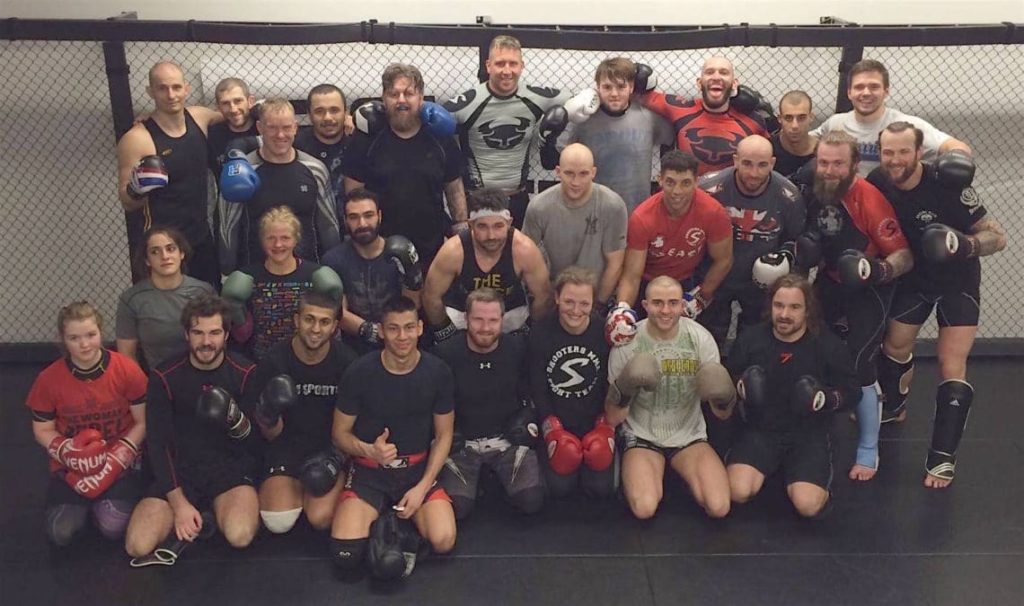 Today is the last day of the MMA course that takes place at Shooters MMA headquarters at Fighter Centre in Gothenburg Sweden.

We managed to get most of the course attendants on a picture the other day. You can see among others Shooters MMA chief instructor and course leader August Wallén, double muay thai world champion Elina Nilsson, former UFC fighter John Magurie and Jack Mason From BKK, Chris Smith and Dave Morris from Tap or Snap, Billy Beckers from Dundee, Anja Saxmark World and European amateur MMA championship medalist and many others. Representatives from academies in England, Scotland, Sweden, Denmark, Norway and Poland are present.

In a continuous process the MMA Course is constantly under development and is updated regularly. The last couple of years the work has been sped up and the course completely revised. It is only the second time the new ground format is presented and it is the first time for the new stand-up. The next MMA course will take place in August 2016.