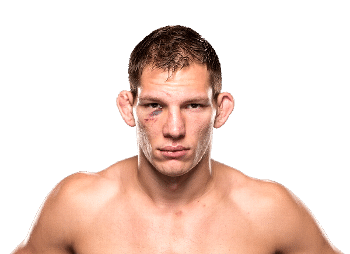 Luke Barnatt is released from the UFC

Luke Barnatt from Tsunami Gym/Alliance MMA and Shooters MMA Team recently announced on social media that he has been released by the UFC organization after three straight losses.

Barnatt became popular on The Ultimate Fighter 17 in 2013 as part of Chael Sonnen’s team. Barnatt was signed by the UFC and quickly went 3-0 in the organization to start his pro MMA career perfect at 8-0.

Last year however, Barnatt fell on hard times and lost a controversial split decision to Sean Strickland in May 2014 and then lost by split decision again to Roger Narvaez in November. In both of those fights, he was winning early on before his opponent rallied.

His last fight against Mark Munoz in Manila was hos toughest test to date and Barnatt unfortunately lost by unanimous decision.

We will see more of Barnatt in the cage though. He has value for other organizations, he is a natural talent in front of the camera and has also done television work in the United Kingdom.