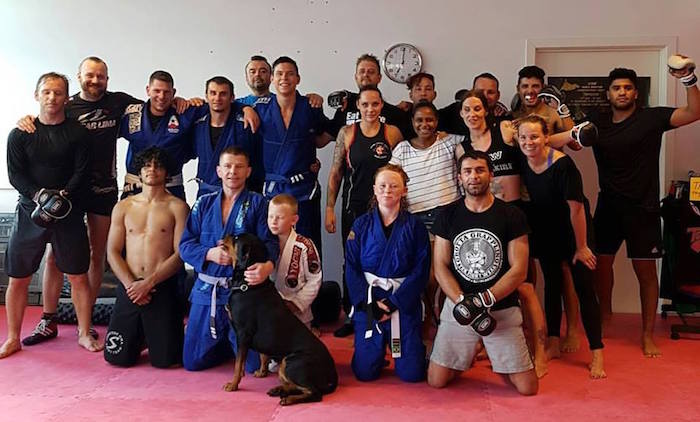 Fighters Lab is run by Eirik Digre and Fatima Pinto. Eirik has been with the Shooters family for a long time and spends a lot of time and engagement in buildinging and developing his gym as well at to teach and coach fighters.

Fatima, coach and MMA- & Muaythai fighter, has achieved a lot during her active career – this is just a selection:

Fatima was recently also elected to the IFMA, International Federation of Muaythai Amateur, executive board.

Pic: Eirik and his son by the dog in the middle