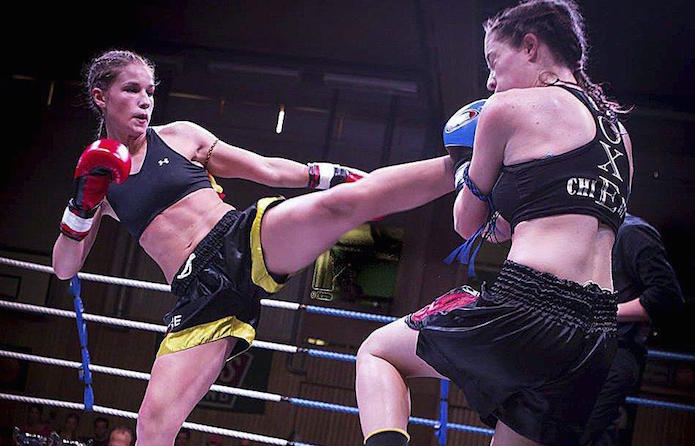 On the 7th of November the Norwegian Muay Thai fighter Anna Tatjana Lie visits Shooters HQ, Fighter Centre in Gothenburg, for teaching a Thaiboxing seminar to all girls at Fighter Muay Thai.

Tatjana Lie has an impressive fight record and among other titles she has won the Norwegian Title in thaiboxning and the World Title in WKN Kickboxing. She has fought in Amateur MMA and she has participated in the reality TV “Norwya Best Fighter”.