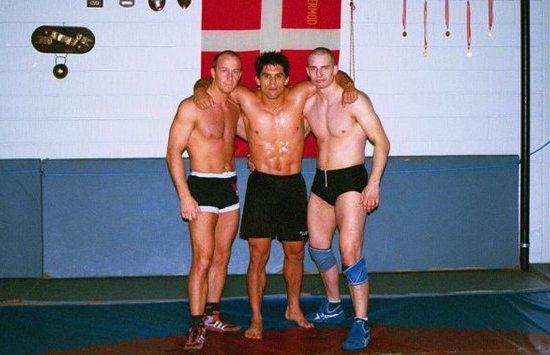 25 Years of MMA and Shooters

This summer it is 25 years since August Wallén went to the US to train the sport that back then was not even called MMA.

August spent the summer of 1995 in Miami not knowing it would change his life forever. More or less right away after coming home he started to teach and the demand for seminars increased rapidly the coming years. More and more academies around Europe wanted to cooperate hence it is also the start of Shooters.

Shooters has trained a lot of fighters over the years and has had tremendous impact over MMA in many countries. It has also been a network that has helped in the work of organizing and legitimizing the sport.

As it happens this anniversary coincide with the anniversary of Fighter Centre which first opened its doors in the summer of 2000 and August Wallen’s 40 years of martial arts (he started with judo 1980).

We will celebrate these anniversaries with a party at Fighter Centre on Saturday the 8th of August. It is during the Groundwork for MMA Course on the 8th-9th of August and it is our hope that as many as possible from the Shooters academies can join!

Picture: Otto Knudsen (one of the early guys, left) and August Wallén (right) together with Frank Shamrock (one of the greatest at the time, middle) during his visit in Denmark in the fall of 2000.