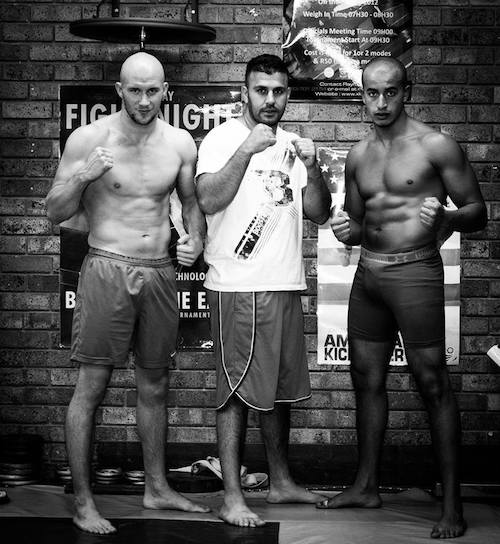 Heytham Tounes represents Shooters MMA Fight Team and the Swedish National Team in Amateur MMA. Today he fought his first fight in the tournament and he faced Riyaad Panda from South Africa. Tunes made the story short and won by triangle choke 1,09 into the first round.

Pic: By Wahab Akman. From the left: Axel, Besam and Heytham.