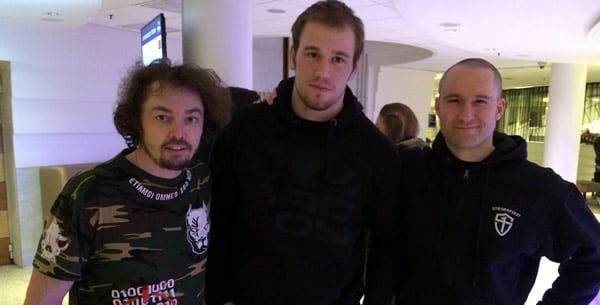 Viktor Pesta’s secrets to his strength and conditioning training

Viktor Pesta (10-1 MMA, 1-1 UFC) from Penta Gym and Shooters MMA Fight Team won his last UFC fight on January the 24th this year. Take part of the secrets behind his preparations ans his strength- and conditioning training.

Pesta’s MMA coach, Dan Barták, and the gym they both represent, Penta Gym Prague, were appointed the best MMA Coach and the best MMA gym of Poland 2014. As far as MMA preparation was concerned, Pesta has had great coaching both in Poland, in Europe and in the States when he has been traveling around for his training camps. But strength and conditioning training, on the other hand, was a different story.

“As for strength and conditioning prep, I didn’t have any systematic approach before. Sometimes I did a CrossFit WOD or some circuit training, or visited a regular gym.“

Read more here at preparing an MMA fighter about the basic MMA-, strength- and conditioning training that got Pesta to a whole new level in the sport.