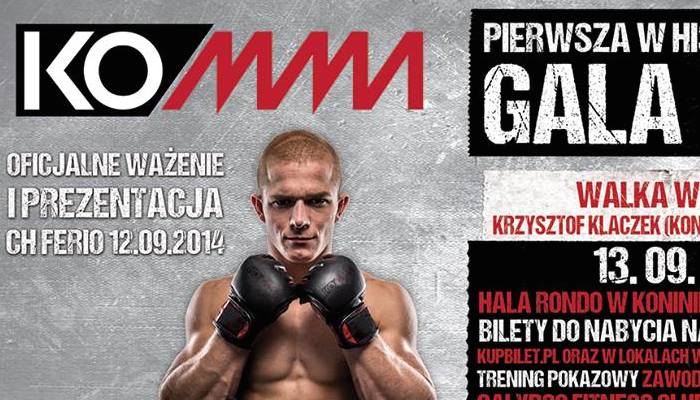 KOMMA 1 took place on the 13th of September in Poland and Klaczek vs Furness was the main event of the evening.

Tomasz Terlikowski (4-1), also from Shooters Konin, won as well. He defeated Piotr Paczek (2-3-1) from ATW Gdansk in the second round by KO (high kick).