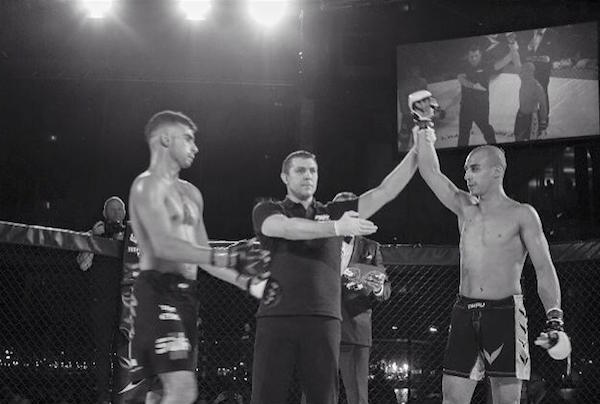 Navid Badi from Gladius MMA faced Daniel Jonsson from Hurricane Combat Arts and Badi won the fight by submission (triangle) in the first round.