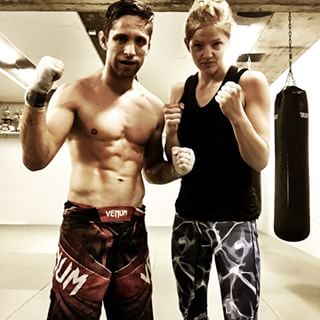 Renato Vidovic is one of two fighters from Gladius MMA that represent Sweden and Shooters MMA Fight Team at the IMMAF World Championship which takes place in Las Vegas right now.

Renato entered the tournament yesterday and he fought a fighter from Northern Ireland. In the first round Renato got a kick in the groin but the judge did not acknowledge it so Renato had to continue to fight without a chance to recover. He went for a takedown but the Irish fighter managed to take advantage of that, get Renato’s back and then a rear-naked choke which made Renato tap. Unfortunately this means that Renato is out of the tournament and the championship.

Gladius MMA has yet a fighter left in the World Championship, Anja Saxmark in the female division, who has not yet entered the tournament.