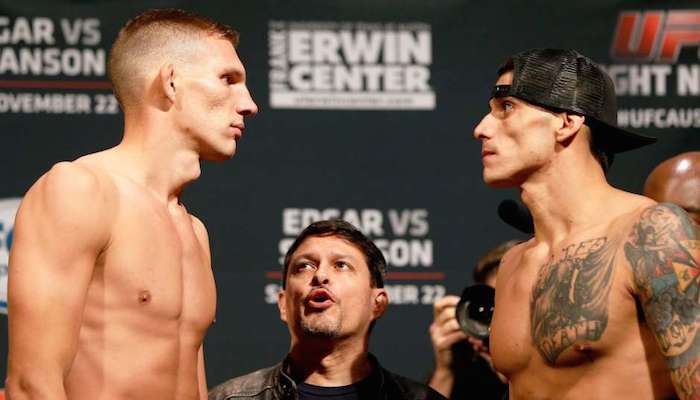 Tough day at the office for Luke Barnatt at the UFC

Luke Barnatt from Tsunami Gym and Shooters MMA Fight Team had a tough night at UFC Fight Night ‘Edgar vs Swanson’ which took place in Austin Texas this weekend.

‘Bigslow’ Barnatt (8-2 MMA, 3-2 UFC) fought Roger Narvaez (7-1 MMA, 1-1 UFC) from Full Contact Fight Academy/Paragon Brazilian Jiu-Jitsu and lost by split decision. It is the second loss in Barnatt’s career. Both have come in the UFC and both by split decision.

A fight report, Barnatt vs Narvaez, at the MMAtorch.com.