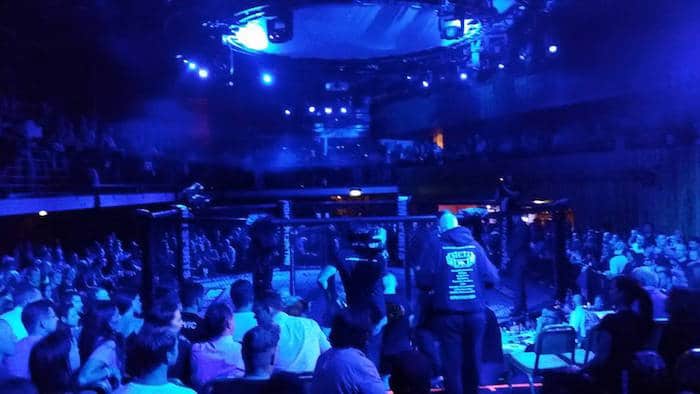 The Zone Fight Night took place yesterday in Gothenburg Sweden. The event was sold out and was a great success. Take part of Shooters MMA Fight Team’s results here.

The organizer of The Zone Fight Night events launched a new concept this time around. The event was held at a Nightclub, Trädgår’n in Gothenburg, and the mix of high quality MMA fights in a tight arena where the audience could both eat and drink made the evening to a great success.

Shooters MMA Fight Team had 8 fighters on the fightcard and below you can find the results!

The fight Chavez vs Larsson was an epic fight and perhaps the fight of the night. A tough fight where Chavez was hurt and behind on points in the first round but then turned it all around showing a lot of heart and in the end won the tough battle.