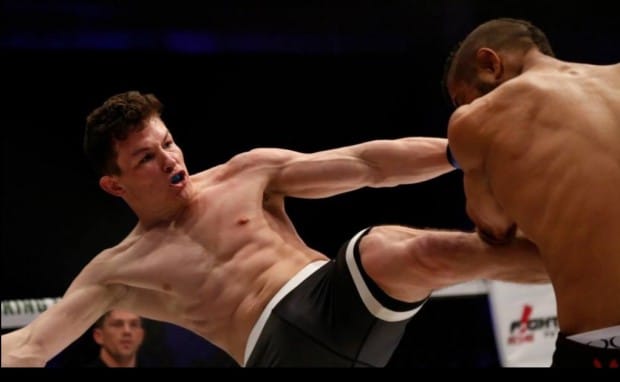 Steve Aimable from BKK Fighters is 3-2-0 in pro MMA and he is coming from an impressing win by KO over Vitor Silva at British Challenge MMA 7 on the 1st of June. He will take on Ollie Davidson next and he is more than ready for the fight.

Aimable is coached by the highly respected Jack Mason at BKK Fighters and he is looking forward to continue the momentum with his heavy hands, but Davidson will have to keep an eye out for Steve’s strong submission game as well.

Aimable spoke shortly with Addicted MMA about the promotion Shock N Awe, the upcoming fight and his opponent:

About Shock N Awe:
“I have heard a lot of good things regarding SnA and the shows they produce. My coach Jack Mason and BKK team mates have all fought on this show and can’t praise it enough”

About Ollie Davidson:
“I don’t know anything regarding Ollie Davidson and will just do my own thing. I know he is from a good team at GYM01 so expect him to know his stuff even though it’s his pro debut”

About the fight:
“I have wanted to get back in the cage ASAP to keep the momentum going after my last ko win and I am looking to add another W to my record and putting on a good fight at SnA”