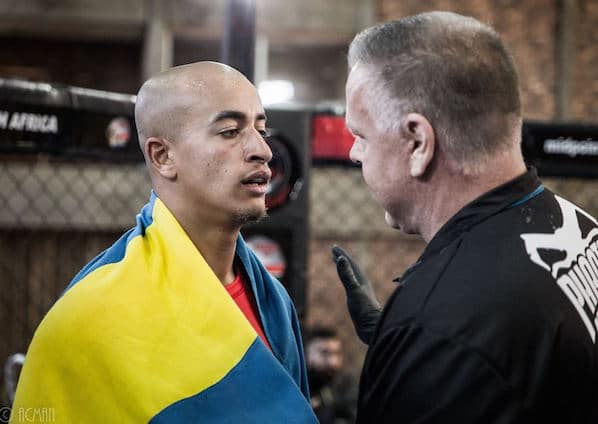 The first round was tight but Tounes scored more clean hits. In the second, the South Ffrican managed a takedown but then backed away since he did not want to keep the fight on the ground against Tounes. Both fighters were tired in the last round but the South African had a bit more energy and managed another takedown and then controlled Tounes successfully throughout the round.