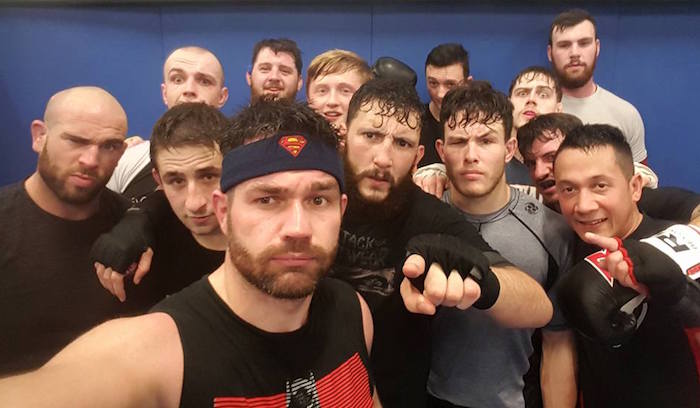 Sean Carter (10-3) is one of the most entertaining and top lightweight fighters in UK, successful on Cage Warriors to pick one. Unfortunately 2015 was a bit slower. Carter only fought twice last year and lost both fights so he is now looking to get back to winning ways and to get back on track.

Aldric Cassata (10-5) from Boxing Squat is a BJJ black belt who has been around the European MMA scene for the past 10 years, fighting some of the best fighters in Europe.

Pic: Sean Carter is the angry guy standing next to John Maguire who is in front.