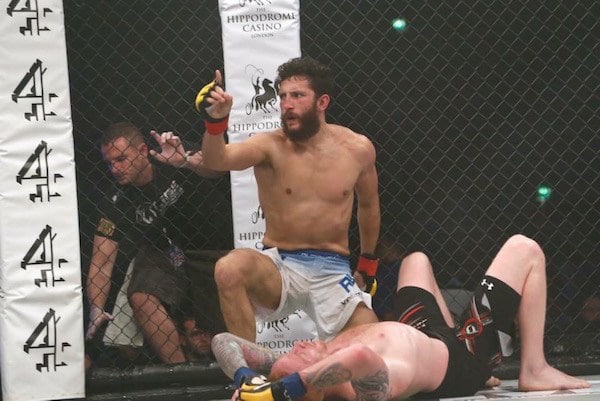 Sean ‘Sexy Curls’ Carter from BKK Fighters and Shooters MMA Fight Team is set to make his return at BCMMA 17 where he takes on Jordan Miller.

Carter (10-4) is a former Cage Warriors lightweight title contender and one of the UK’s most entertaining fighters. Carter was 10-1 in the beginning of 2015 and had picked up big wins over Mario Saeed and Tim Wilde in the Cage Warriors. After that he lost his three following fights. The first two were back-to-back losses in Finland and the last was a controversial fight against David Round at BCMMA 14.

Carter returns now though and is looking to end his 18-month winless drought when he faces Jordan Miller at BCMMA 17 that takes place at Charter Hall in Colchester UK on the 24th of September.

Jordan Miller (12-15) started his career in 2005 and he has fought fighters like Brad Pickett, Jason Young, Ronnie Mann, Brendan Loughnane and Chris Fishgold. The majority of Miller’s wins have come by submission.