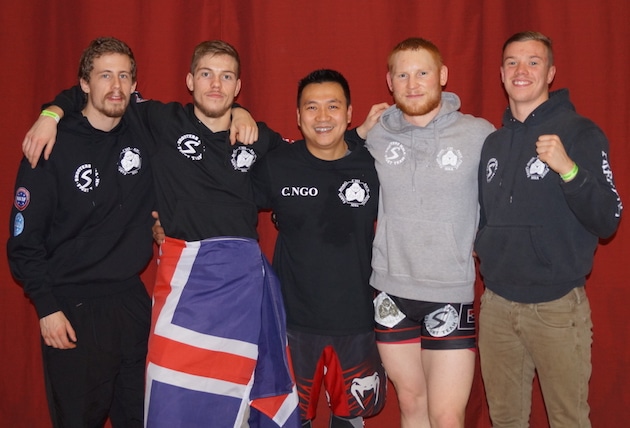 BCMMA 13 took place in Colchester UK on the 5th of December and Shooters MMA Fight Team had a lot of fighters on the card. See the results and read report here!

Daniel Tryggvason fought the English warrior Raheel Khan. Tryggvason kept going for three tough rounds and seemed to be in control the whole way. Tryggvason had good takedowns and nice control in the fight. Tryggvason was cose to win by TKO in the second round by G’N P but the time ran out. Tryggvason won the fight by unanimous decision.

Thomas Robertsen fought his third pro MMA fight in his career. Robertsen won quickly by a left roundhouse kick to the head. Jacek Toczydlowksi was knocked out. The fight took only 8 seconds.