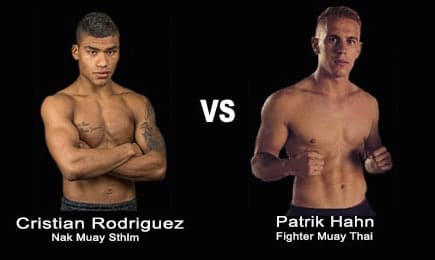 Muay Thai Arena 7 takes place in Gothenburg Sweden on the 26th of March. Patrik Hahn from Fighter Muay Thai will fight at the event.

Patrik Hahn who represents Fighter Muay Thai and Shooters MMA Fight Team will face Cristian Rodriguez from Nak Muay in Stockholm at MTA 7 which takes place at the nightclub Trädgår’n in Gothenburg. It will a fight under B-class rules and in 67 kg.

Hahn has 15 wins and 4 losses and he has been quite a lot in Thailand for camps and fights.

Rodriguez is also familiar with the training camps in Thailand and he has a fight record of 9 wins and 6 losses.

The fight is a re-match since they fought each other at the Swedish Championship in Varberg in February. Rodriguez won that fight on judges decision 2-1.