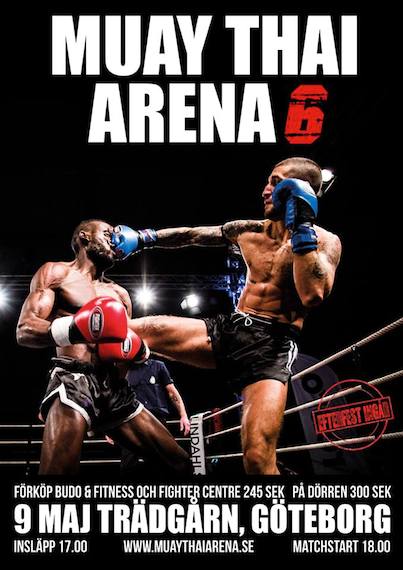 The popular Thaiboxing event Muay Thai Arena in Sweden is organized by Fighter Muay Thai and next event, Muay Thai Arena 6, will take place on the 9th of May at the nightclub Trädgår’n in Gothenburg.

It will be a evening of high-level thaiboxing and exciting fights at a spectacular arena, the nightclub Trädgår’n in the centre of Gothenburg. The after-party takes place at Trädgår’n as well and starts directly after the last fight!

Tickets for the event will be available soon and the after-party is included in the price.