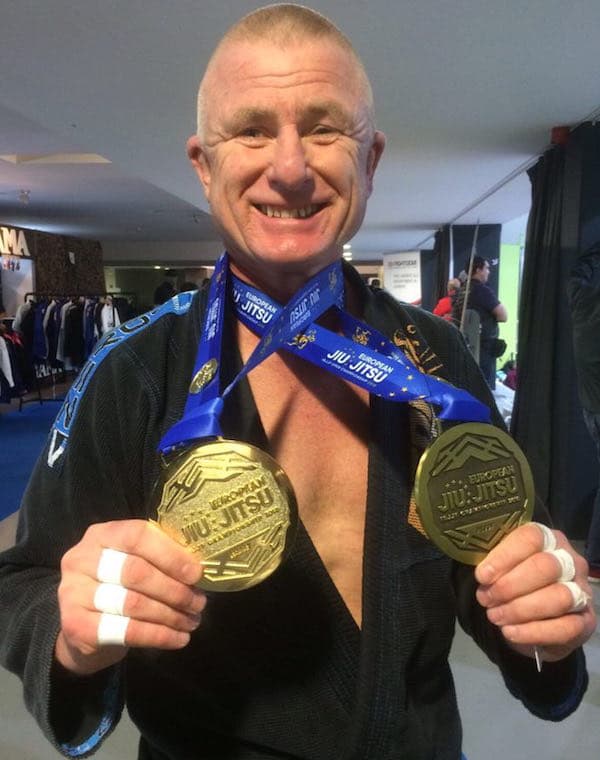 Mike competed frequently in Sweden and Denmark during 2017. When the European Championships in BJJ took place in Portugal Mike competed in the -82,3 kg category for brown belts and went all the way to the finals where he faced José Borgas. In the finals it was a tough battle all five minutes and in the end Mike won and conquered the gold. Congratulations!

Read more in an article at Helsingborgs Dagblad