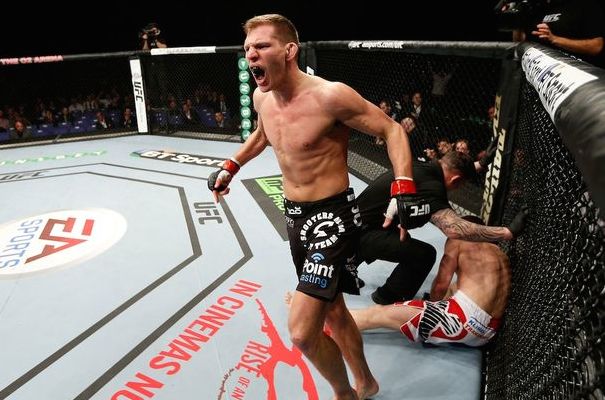 The event takes place at Frank Erwin Center on the campus of the University of Texas in Austin and is expected to air on FOX Sports 1 with prelims on UFC Fight Pass.

Barnatt had a perfect record in MMA and in the UFC before he suffered a controversial split-decision defeat against Sean Strickland at UFC Fight Night 41. A fight that every major media outlet scored the other way.

Narvaez also took an undefeated record into The UFC but then suffered a TKO loss to Patrick Cummins at UFC Fight Night in June.