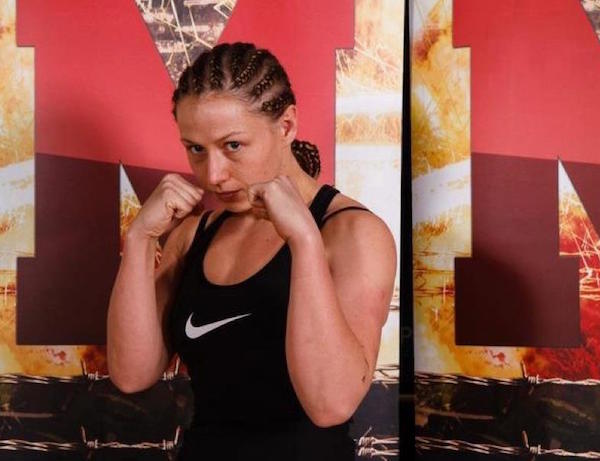 Kerry Hughes main event at the next BCMMA show

British Challenge MMA  16 is set to take place on July the 23rd and Kerry Hughes from BKK Fighters and Shooters MMA Fight Team will be main event.

BCMMA 16 takes place at Charter Hall in Colchester UK as usual and the main event will see the BCMMA women’s bantamweight title on the line. Kerry “Rocksteady” Hughes (2-1) returns for her first fight in over two years and she faces Stephanie Page, also 2-1.

Hughes’ last fight was at Cage Warriors 69 ‘Super Saturday’ in June 2014. She won an impressive TKO victory versus Amanda Kelly.

Page comes from two a win streak, she has won her last two fights versus Yamila Sanchez and Esther Cardenas.

In the second Amateur Title fight added to the card is between Wendy McKenna from BKK Fighters and Shooters MMA Fight Team and Trojan Free Fighters’ Polly Beauchamp. They will fight for the vacant BCMMA Atomweight Title. This fight matches up former IMMAF Team UK teammates, as both women competed at last year’s European Championships in Birmingham.

If McKenna can pick up a win at BCMMA 16 she will become a three-weight BCMMA Champion holding the atomweight, strawweight and flyweight belts!

Last but not least the last fight announced for now is Cory McKenna from BKK Fighters and Shooters MMA Fight Team against Fiona Chystall in an amateur strawweight match up. McKenna recently won a submission victory against Karolina Wojcik at UK Fighting Championships in Preston in May.