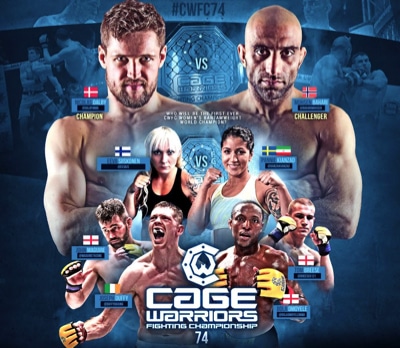 John ‘The One’ Maguire from Tsunami Gym and Shooters MMA Fight Team was supposed to fight at Cage Warriors 74 yesterday but a viral infection put an end to the plans.

Maguire picked up a viral infection and couldn’t eat or drink after the weigh-in. He kept getting sick and suffered from bad headache. The Cage Warriors staff took the decision to pull him out of the fight. Maguire went to the hospital straight away and he left from the hospital only hours ago and is now at home.

Hopefully the fight will take place later on. We wish John Maguire the best recovery!