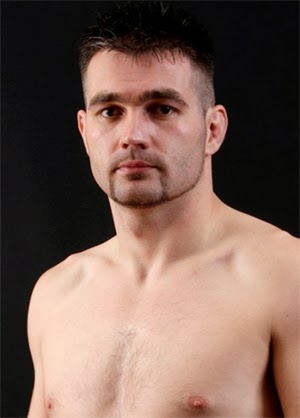 John ‘The One’ Maguire (to the right in the pic.) from Tsunami Gym defeated Vincent Del Guerra from MK Legion Team Warriors after less than 1 minute on rear-naked choke.

Thomas Robertsen from Sarpsborg MMA won his fight against Aymaro Guih by referee stops contest (GNP) in the second round.

Adam Robins also from Tsunami Gym lost his fight against Henrik Lie from Valhall Gym in Norway. Lie won by TKO in the middle of the first round.

Both Dexter Dyall Wallin and Arturo Chavez from Gladius MMA were scheduled for the show but their opponents cancelled their fights. Dyall Wallin should have face Mitchell Tait but something was not right with Tait’s blood work. Chavez’s opponent cancelled on fight day. From the organizer/promoter:

Huge apologies and condolences to Juan Fernandez, Arturo Chavez and Dexter Wallin who trained a full fight camp and travelled over to the UK for ‪#‎BCMMA15‬ but we were unable to find them replacement fights following their original opponents pulling out. It is heartbreaking to see so much time, effort and cost go into something to not see the reward of competing at the end of it. BCMMA will do everything possible to make it up to you guys in the future.