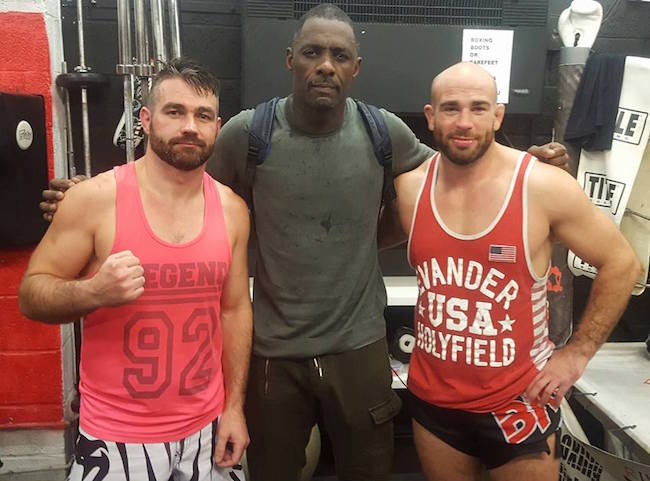 John Maguire from Tsunami Gym and Jack Mason from BKK Fighters visited London the other day for some training with the British actor, producer and rapper/DJ Idris Elba.

Iris Akuna “Idriss” Elba is among other things an actor, producer and DJ, and since he enjoys martial arts he asked Jack for some training. Jack and John went to London for some training with Elba, and John comments:

“So me and Jack Mason spent are morning in London sparring and getting punched in the face by Idris Elba for a hour or so. What a cool guy and takes his training seriously”

John (23-8 MMA, 2-3 UFC) also has a fight coming up. He fights at Absolute Championship Berkut (ACB), a growing Russian MMA promotion, in Glasgow Scotland on the 1st of October.