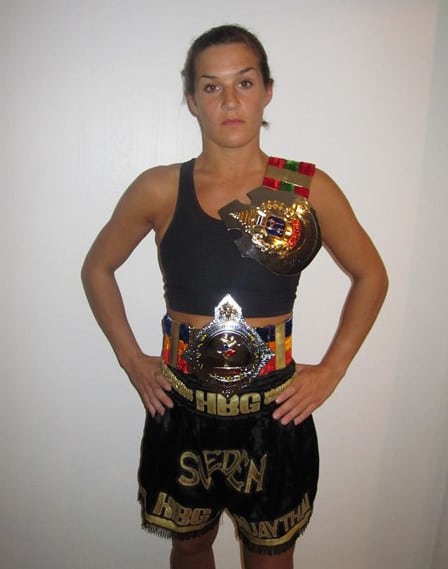 Johanna Rydberg represents Helsingborg Muaythai in Sweden. She has been a Swedish, Nordic and European Champion several times and in September she visits Shooters HQ.

On the 5th of September Johanna Rydberg will teach a Muaythai Seminar for only girls at Shooters HQ, Fighter Centre in Gothenburg Sweden. The seminar is open for beginners and all the way up to elite fighters.

Rydberg is born in Gothenburg but it was not until she moved to Helsingborg 2008 that she started to train Muaythai. She has been a Swedish, Nordic and European Champion several times, she has a fight record of 29-9-1 and recently she also done very well in professional boxing.