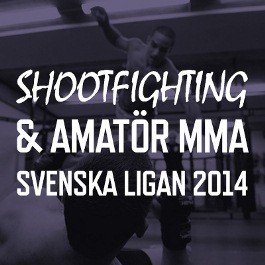 Gladius MMA travels to Nyköping this weekend to compete at Escalate Challenge 10 and has no less than 11 fighters entering the cage.

Escalate Challenge 10 is an event in the Swedish Shootfighting and Amateur MMA League 2014. The finale of the leagues are the Swedish Championship which takes place at the end of the year where the best fighters from all the events during the year will face each other to fight about the gold medal in each weight category.