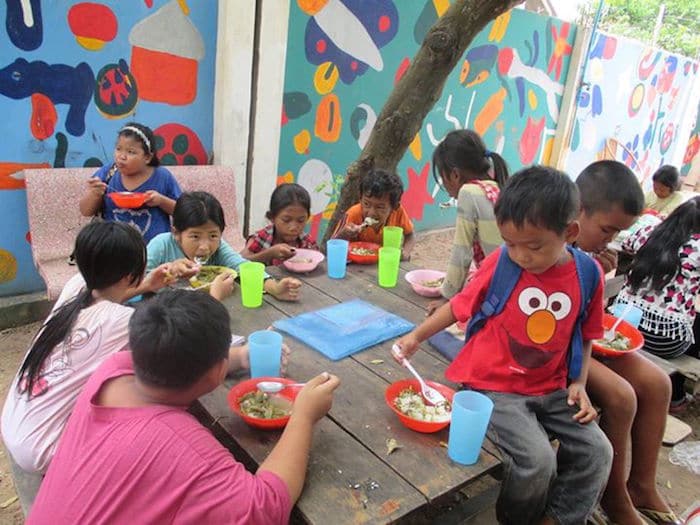 Fighter Muay Thai member of Shooters MMA Fight Team not only raise world class thaiboxers, they also join the fight against poverty by their continued support for local projects in Cambodia.

IFMA Royal World Cup 2015 has started in Bangkok Thailand and the recent donation from Fighter Muay Thai (FMT) in is dedicated to the three contestants: Fredrik Björnander, Evelina Wikner and Elina Nilsson who represent FMT and the Swedish National Team in the Royal World Cup. They are coached by August Wallén (chief instructor Shooters MMA Fight Team), Jens Fredholm (head coach for the competition team at FMT) and Johan Storm. Around 2000 boxers from 102 countries participate in the tournament.

The continued support from FMT to the projects in Cambodia ensures that children and adolescences get nutritious meals and clean water daily. Read more about Pack the Essentials here.