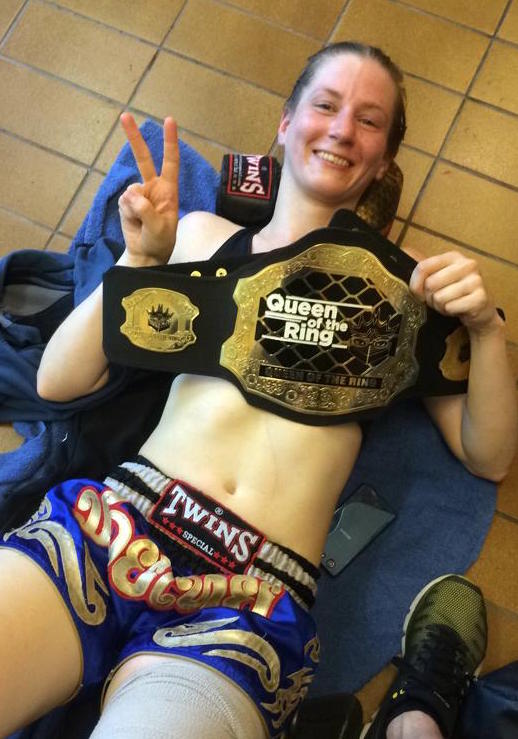 Evelina Wikner is Queen of the ring

Evelina Wikner from Fighter Muay Thai and Shooters MMA Fight Team fought and won at Queen of the ring that took place in Lund Sweden on the 18th of June.

Queen of the ring, a Thaiboxing event with only girlsfights, took place in Lund Sweden this weekend. Evelina Wikner from Fighter Muay Thai faced Efi Xiloudi from White Tiger Camp in a B-class fights -57 kg. Wikner won the fight by judges decision (3-0).