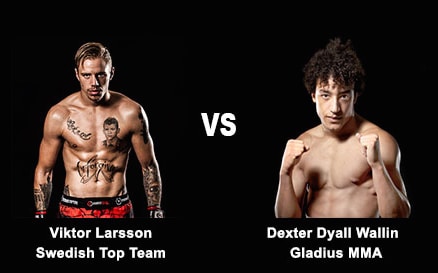 It is a pro fight in 70,3kg and will be a battle between two local talents.

Viktor (2-1) normally trains and fights out of Thailand and most recently he won against a japanese fighter at a Full Metal Dojo-event in Bangkok.

Dexter has a pro-record of 2-0 and ended both his fights early.

Both these fighters have some serious power and skills so expect fireworks when they go to war at The Zone Fight Night on the 16th of October.

The Zone Fight Night takes place at Trädgår’n in Gothenburg Sweden on the 16th of October.

Pre paid tickets can be purchased at the following places at a cost of 245 SEK;

Tickets will also be sold at the door for 300 SEK. Note that you need to be 18 years of age to attend this event.