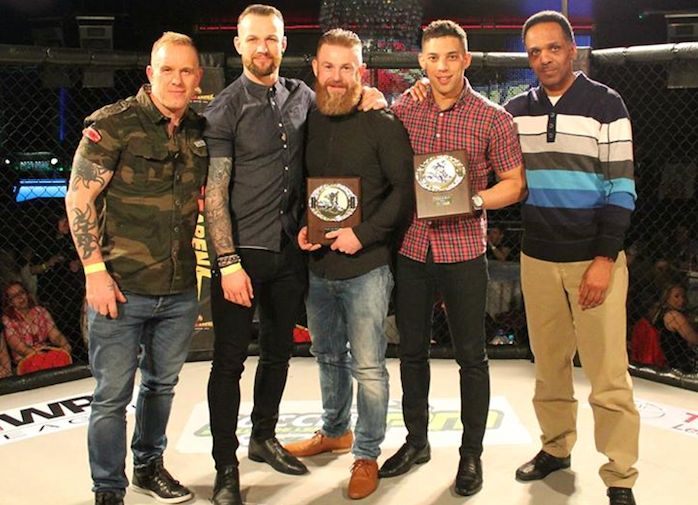 Russel John Wall won the Fans Favourite Award for the exciting fights he was in last year and Benjamin Dennis won the Budo Award for continuing to fight with a damaged collar bone over three rounds and winning the fight.