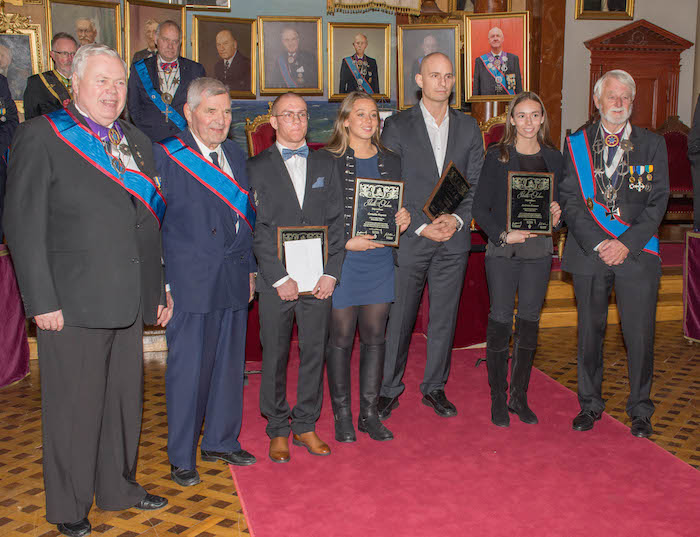 Idrotts-Orden was founded 1894 and supports athletes, leaders, sports and sportsmanship. August Wallén is awarded their scholarship for leadership 2016.

The motto of Idrotts-Ordens is ’Mens sana in copore sand’ which means ’A healthy soul in a healthy body’.

Idrotts-Orden wants to contribute not only to physical education and training but also to help athletes become and stay competent and responsible citizens in a society that changes, evolves and is sometimes demanding and harsh.

August Wallén has a huge engagement in society and he has been an important positive force and leader in Martial Arts for many years.

Wallén is a former pro MMA-fighter. Today he runs Fighter Centre in Gothenburg, he is a mentor, coach and chief instructor for Fighter Muay Thai, Gladius MMA and Shooters MMA Fight Team. Wallén has also been very successful in the Swedish National Teams (Thaiboxing and MMA) as a coach and leader.

Wallén was awarded the Idrotts-Ordens scholarship for leadership 2016 and the honourable award was given to Wallén during a special ceremony in Idrotts-Ordens house in Gothenburg city on the 20th of November.