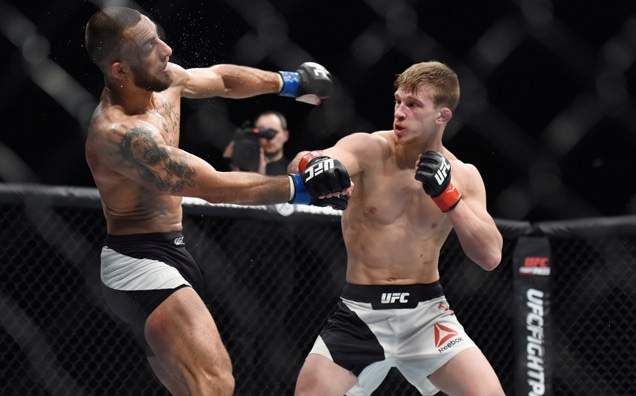 Arnold ‘Almighty’ Allen from BKK Fighters and Shooters MMA Fight Team will fight at UFC: London in March. Take part on an interview with Allen here and read more about the fight.

‘Almighty’ Allen has won both his fights in the UFC. First one by submission against Alan Omer and then the second fight by judges decision against Yaotzin Meza. The Sprawl recently got an interview with Allen which you can take part of here.