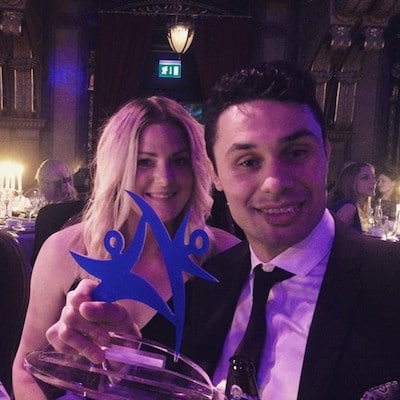 For the third year in a row, Alex Tobiasson Harris from Fighter Muay Thai and Shooters MMA Fight Team, won the Award ‘The Champion of the Year’ at the Swedish Martial Arts Awards that took place in Stockholm Sweden this weekend.

The Swedish Martial Arts Awards 2015 was held at Berns in Stockholm on the 28th of March. Alex Tobiasson Harris was nominated, for the third time in a row, in the category: Champion of the Year.

Tobiasson Harris has been one of the best Muay Thai fighters in the world for years in his weight category. During 2014 he won the Nordic Title and he defended his WMC-title against Yohan Lidon (record: 98-22) at Monte Carlo Fighting Masters which makes Tobiasson Harris the reigning WMC Champion in 76,2 kg.