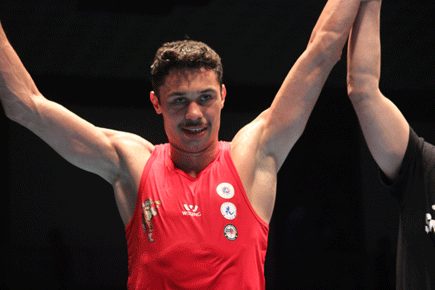 Alex Harris and Youssef Issa fight at the Nordic Championship

Alex Harris (picture) and Youssef Issa, who both represent Fighter Muay Thai in Gothenburg Sweden and Shooters MMA Fight Team, will fight at the Nordic Championhsip in Thaiboxning coming weekend.

Harris has following competitors in his weight class, -75 kg:

Issa has following fighters in his weight class, -81 kg:

After the weigh-in on Saturday there will be a draw to decide who fights who in the first fights. The Nordic Championship takes place in Gothenburg Sweden.