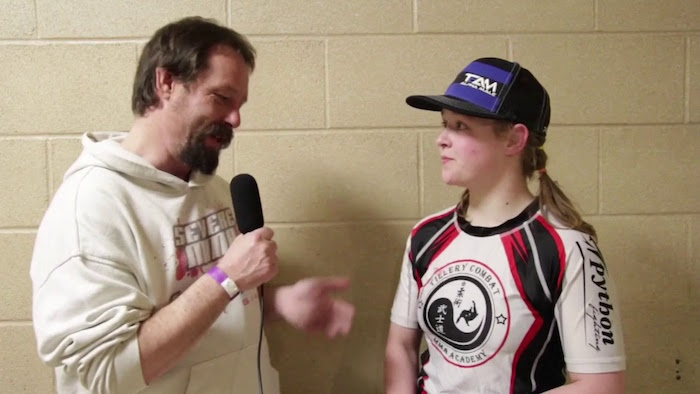 Cory McKenna (1-0) from BKK Fighters made her pro MMA debut at Cage Warriors 91 in Wales and won.

McKenna fought Maria Vittoria Colonna (3-2-0) from Hung Mun MMA Studio at Cage Warriors 91 which took place at Newport Centre Wales in the beginning of March. McKenna won by TKO (corner stoppage) in the first round.

Take part of a post fight interview with McKenna here.