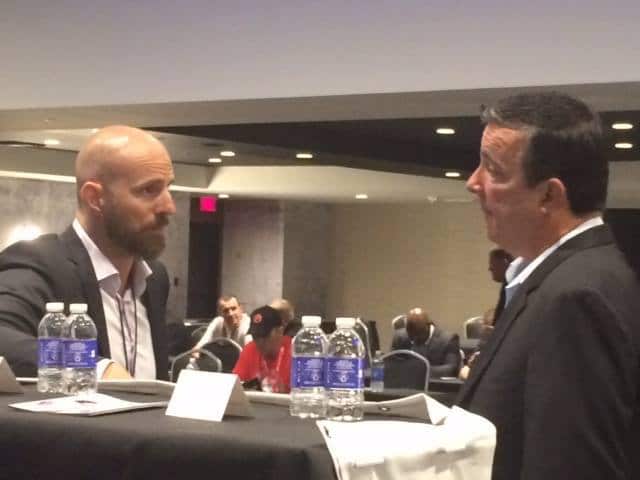 August Wallén is the founder and the first President of the International MMA Federation. Last weekend, during the World Championship of Amateur MMA in Las Vegas, Wallén was awarded the title of Honorary President at IMMAFs first General Assembly on the 12th of July.

Wallén is a pioneer in European Martial Arts and his MMA journey begun 20 years ago. He is one of the individuals responsible for bringing MMA to Sweden and the other Nordic countries.

Wallén started his first Martial Arts Academy 1992 in Gothenburg Sweden and played a prominent role in saving MMA and other full contact martial arts in Sweden 2006 when legislation sought to modify the existing ban on professional boxing to include all full contact sports. He founded the Swedish MMA Federation (SMMAF) in 2007.

Nowadays Wallén is the head instructor of Shooters MMA Fight Team which have had several fighters in the UFC like Luke ’Bigslow’ Barnatt, Alexander Gustafsson in his early career, John ’The One’ Maguire and Besam Youssef. Wallén runs Fighter Centre, Shooters MMAs HQ, in Gothenburg, he is the head trainer of Gladius MMA’s Pro Team and headcoach of several fighters in the Swedish National Team in Thaiboxing.

Wallén competed in Shootfighting in the late 90’s. He began his professional MMA career in 2006 and holds a pro MMA record of 8-1 and was The Zone FC Middleweight Champion.

Pic: August Wallén, to the left, speaks with Lou Lauria of the UFC.